Dense Breasts Canada and women’s health advocates across Canada have teamed up to launch mybreastscreening.ca to educate and empower women about breast screening. Accurate, current and relevant information empowers women to make the best decisions for their health.

These women are our mothers, daughters, wives, sisters, aunts, and grandmothers. They’re our work colleagues, workout buddies, trusted advisors and friends. These women are US. WE deserve better information about breast health and options for screening.

Education
To help women be proactive about their breast health, navigate their provincial screening program and have informed conversations with their health care providers. Our quiz, website and Comprehensive Guide to Screening in Canada provide information, current evidence, and expert recommendations to help you #bebreastinformed.

Advocacy
To highlight inequities in breast cancer screening across the provinces ,advocate for healthcare reform at the federal and provincial levels and encourage women to advocate for improved practices. 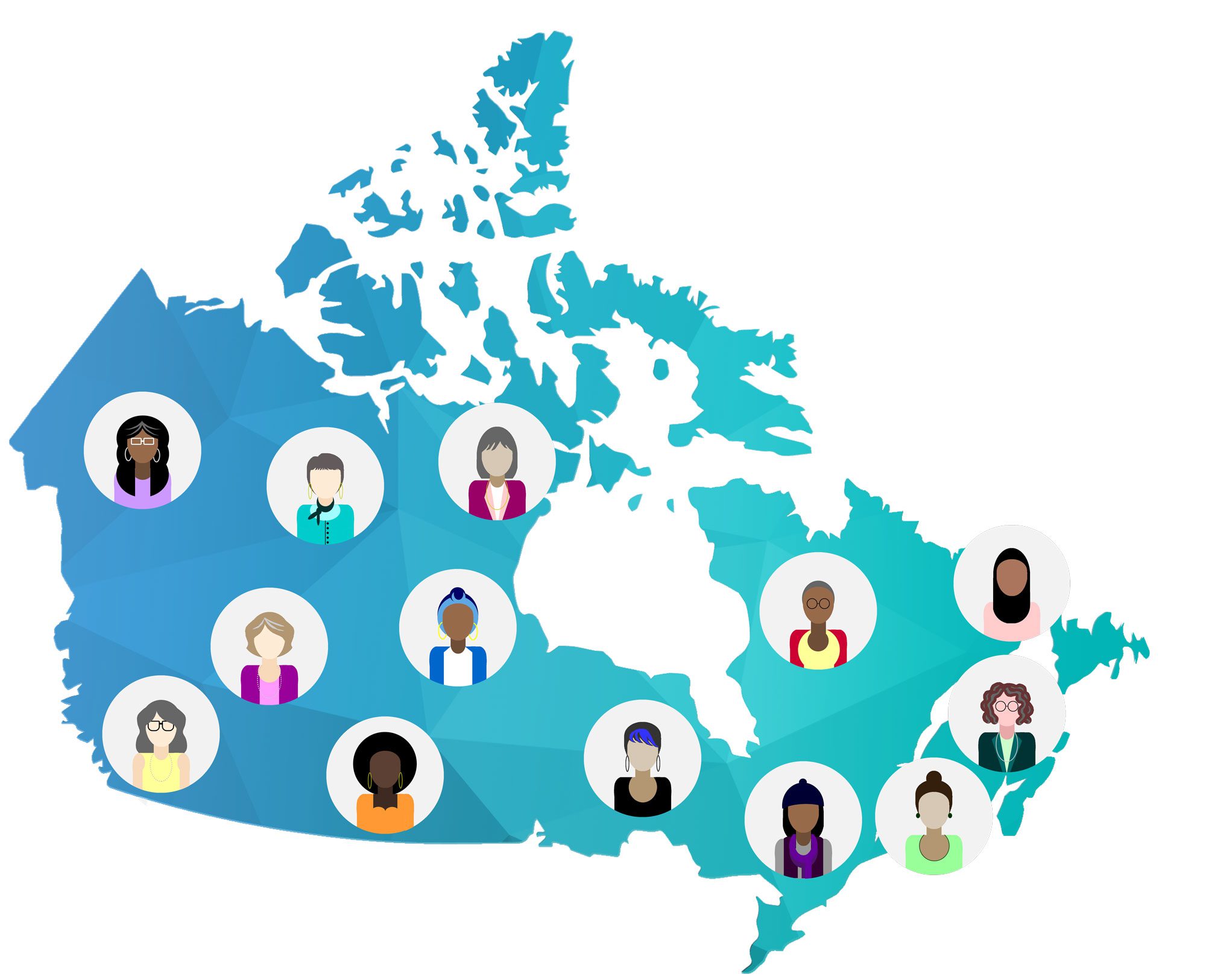 Help advocate for better screening
in your province.

The many variations in breast cancer screening practices across the country result in unequal access and unequal standards of care. Early detection of breast cancer should not depend on your postal code.

Click on your province for a customized letter to send to your Provincial Health Minister.

Is optimal breast cancer screening accessible in your province/territory?

Screening in the 40s can be lifesaving, but only four provinces allow women to self-refer for a mammogram: BC, PEI, YT, NS.  In AB and NWT, self-referral is allowed after the first screen.

Cancers in the 40s can grow aggressively, but only in PEI, NS, YT, and AB can women self-refer for mammograms annually.

Only in these six provinces are all women directly informed of their breast density: BC, NS, AB, MB, PEI, NB. Only women in the highest category are informed in SK, ON, NL, NWT, and YT.

Only six provinces ask women with the highest category of density to return for a mammogram every year instead of every two years: ON, PEI, NL, SK, NWT, and YT.